February has been pretty drab on the sewing front. I've managed to work on my hexies but all other sewing has been relegated to the back seat. And there's so much I want to make!

A new apron, for instance, to replace this terribly worn out and slightly boring number. 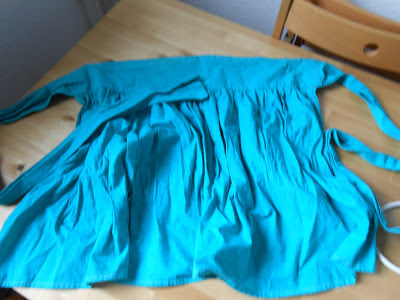 Wouldn't it be much more fun to cook in something made out of this? 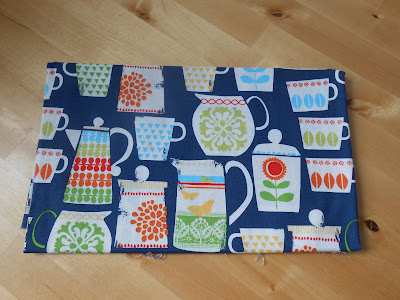 And I desperately want to sew up something pillow-y with these pretties. 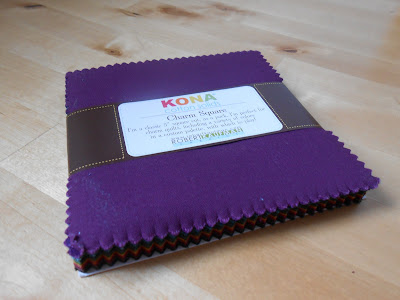 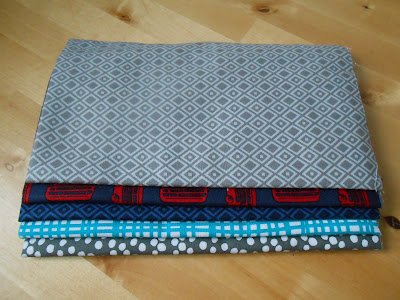 Finally, I want to delve into the baby fabrics and start making things for my niece/nephew, especially now that I've seen this adorable mini quilt over at Angela's Cut to Pieces.

Instead I'm busy unpacking and cleaning. There's still a ton to do but I've managed to turn the office from this... 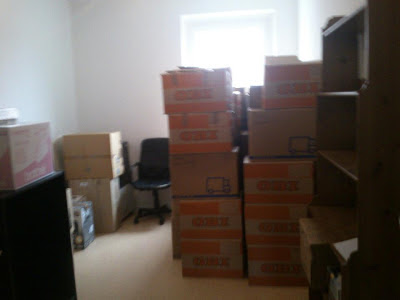 ... to this. Not completely done but getting there. 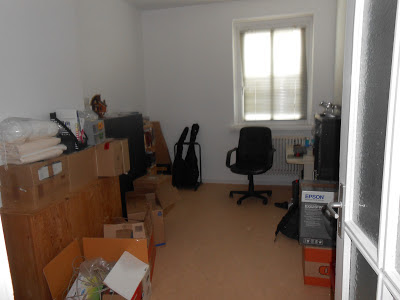 And my stash boxes are safely back here. 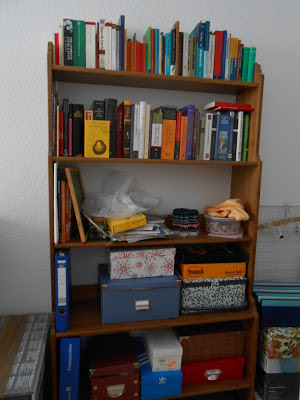 Never fear, my stash isn't that tiny - you can't see the two big fabric boxes and one yarn box at the bottom of the shelf... Three of the top four boxes hold fabric for one project each - baby things, HST Grecian Waters, and the Wedding Anniversary quilt. I'd better get going on the latter, still looking for the right pattern/idea, as we only just had our half-anniversary last week. Time clearly goes by quickly when you're moving.

The living room's still pretty messy but our dinner table is already positioned close to one of the large windows to provide light for my future sewing exploits. I'm considering putting up framed wedding pictures on the wall behind it. 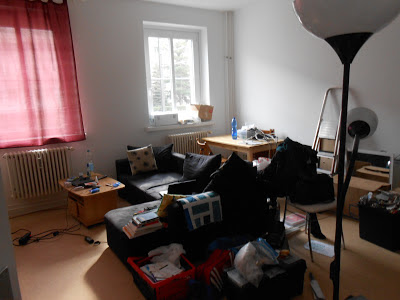 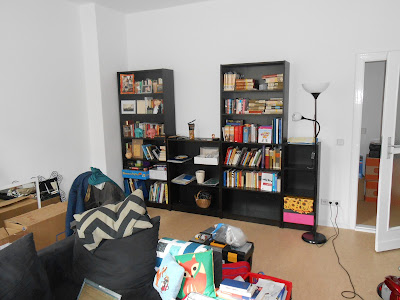 I'm also linking up with the Small Blog Meet for blogs with less than 50 followers.