So we're still offline (I'm in a copy shop right now because there's things I have to get done). It's quite the odyssey except it's more like David against Goliath and we're neither of them. It's the company we'd like to be with against a company that control most of the lines. We're most likely ending up with them, for double the amount of money and more, after all, because this situation is unbearable. Does my head in.

Anyway, to cheer everybody up, here's a look at yardage and yardage of fabric for my next project which I'll start in two weeks' time and will try to accomplish in roughly a working week. 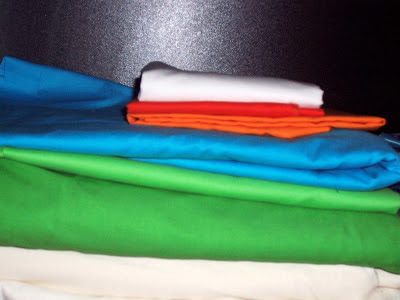 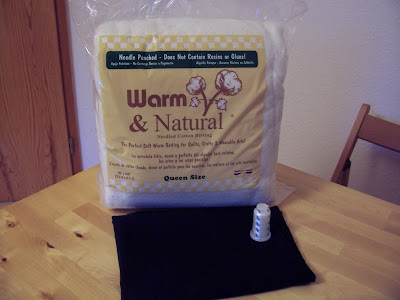 The biiig Yoshi quilt will finally be happening. Keep your fingers crossed that I'll get everything machine-related done between the 16th in the morning and the 20th in the evening. That's when we'll leave for Berlin to be with our families and catch up with our friends over Christmas and New Year's. The quilt is a gift that has to be in Berlin for an early January birthday and I'd like to save the postage. Further, I don't know yet when we'll return to Bavaria exactly so I really only have those five days for all the major work. Knock on wood.

As the extended Christmas stay will prove another sewing machine-less time I need to come up with things to do by the tree. I might take along my hexies and some knitting. Not quite sure yet.

I should be back next Monday with the long anticipated picture post about the Viking quilt. Til then - happy sewing!
Eingestellt von Mareenchen um 9:57 am