This week's been dull and stressful busy at the same time. Like, some days have been dull and exhausting, others pretty busy on the less funny side of stressful. I'd prefer (obviously) to have things evened out between the extremes (who wouldn't), but such is life and at the end of the day woe is not me. Not least because I enjoy the ride and I still did finish my shiny new bag, too! 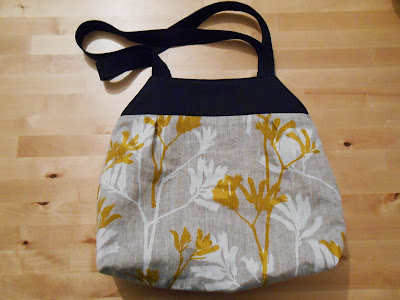 But first, a look at the old one. One of the million bags my husband thinks I own and have made - as if. I've never been much of a bag girl, actually, and most I've made have been for others. Anyway, this cheerful spring-y darling has been loved for two years and still is. A little battered, a little worn, a little faded, but grand! 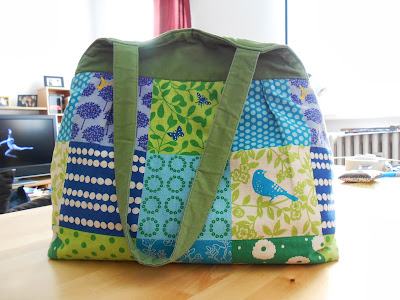 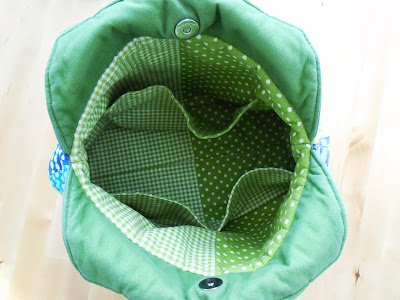 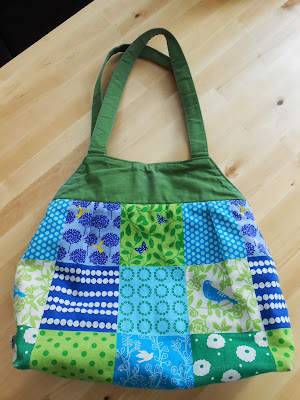 Not only did I lengthen the straps a little, but behold the swanky snazzy improved interior - a zippered inner pouch! A key fob! I love it already.  No fumbling around for my keys today! 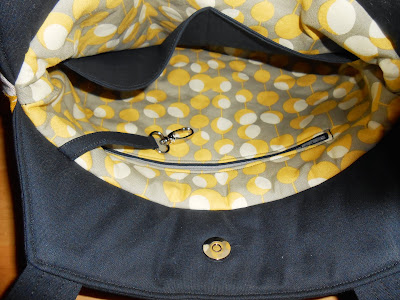 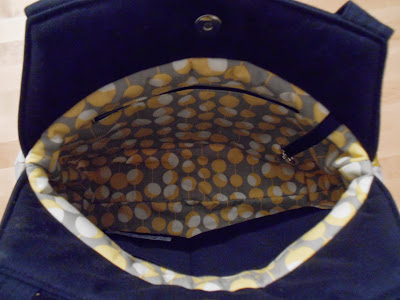 Filled with essential stuff. I tell you, this bag can carry around a ton of things - I've regularly stuffed tons of groceries, several books, or multiple bottles of wine in the old one and expect to do just the same kind of thing with the new one. 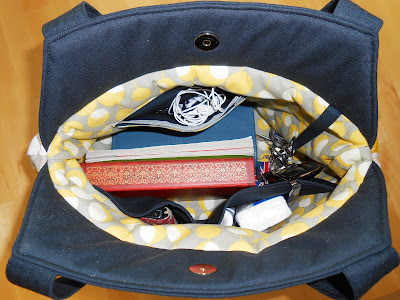 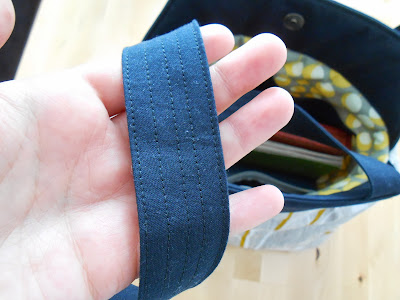 I love my new bag! 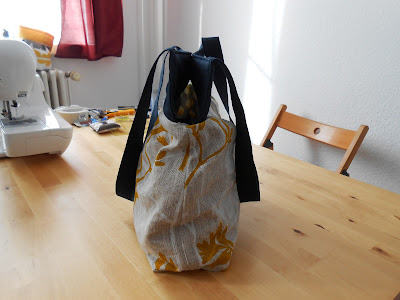 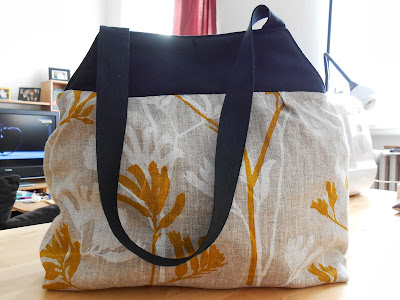 The Ink & Spindle is a little less substantial than the Kokka print but the bag still beautifully holds it's form without the exterior being reinforced by interfacing, especially when filled with things. (I'd totally use interfacing if I were using a regular quilting cotton rather than a Kokka or linen mix, though.) I'm considering whether or not to add a row of grey topstitching just below the seam on the outside. Thoughts?

The pattern, Nanette tote by Rebeka Lambert, has once more been a fantastic choice.

Oh, and lest you think my old tote will die of disuse due to lost love - it won't. Definitely won't!

Linking up with TGIFF at Sew Hungry.