Maybe not exactly loopy, ah well, but I've had an awesome week, did you, too? First I had a successful interview on Monday - I'll be interning at a foundation for the following three months. The intern is paid (lowly sure, but better than nothing), I can learn a lot and it will be good for my vita, and I can work with people who care about our wonderful city and try to bring about many different things. I had my first day on Friday and am really looking forward to Monday.

The afternoons of the rest of the week were spent with my sister who's started her maternity leave whilst the mornings were dedicated to sewing projects. Mostly prepping and cutting things. Now that I'll have little to no time on weekdays it'll be nice to have things ready to just sew. Thursday morning, however, I committed to finishing two quick projects before enjoying the holiday with a yummy BBQ with a great crowd.

My sister's partner's mum wanted a loop scarf and then my sister wanted one, too. We'd picked and ordered the fabrics over a month ago and they finally arrived on Wednesday. I really like the print we picked for her. 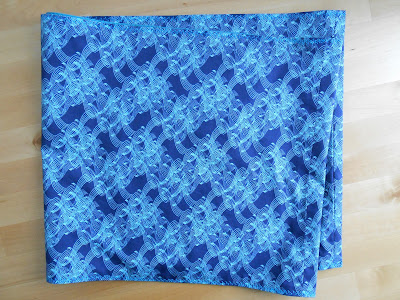 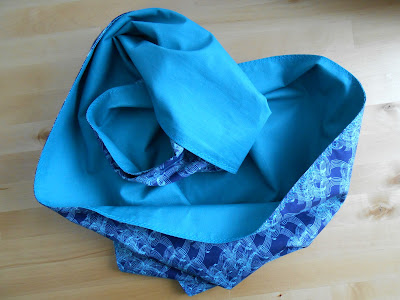 The one for my sister is a lot brighter. 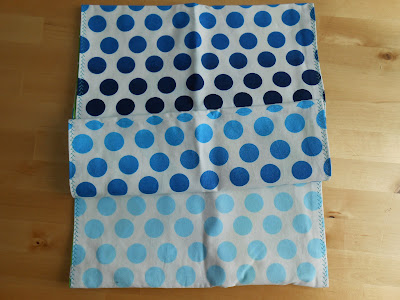 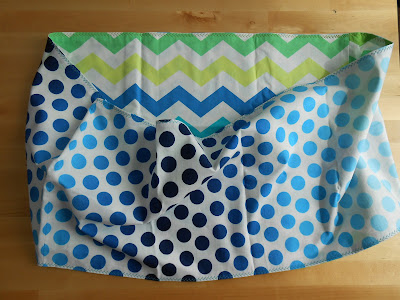 I love how the chevrons and the ombre dots look together. So cheerful! I used a fancy stitch for that extra special touch on both scarves, but whereas I used teal on the first one to blend in I used green and teal as eye catchers on the second (teal on the bobbin, green on the spool) and boy am I glad I did that. 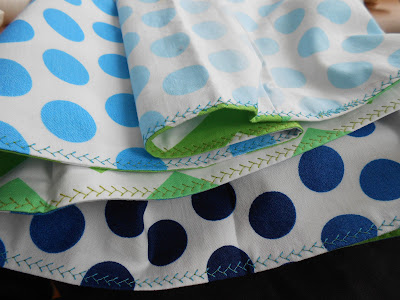 And here's my reward for unselfish sewing - beautiful scraps and more tiny diamonds. I really needed to restash these after the cushion cover I sent away so I gladly accepted this form of payment. 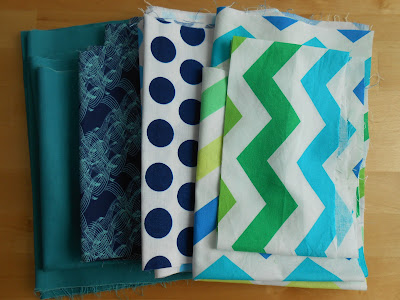 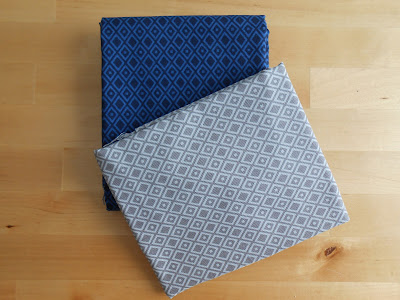 So, let's see how I settle into the new routine. Hopefully sewing and blogging won't suffer too much. Anyway, I'm happy and I've got two loop scarves to show for TGIFF. This week at Quilt Matters.