If you haven't yet, there's still time to enter my giveaway!

English friends of mine are expecting and it looks like they'll welcome a baby boy in December. So I've already busied my mind with fabrics and designs for another baby quilt. Too exciting! I've settled on some great fabric - have you seen Timeless Treasures' Vikings? For various reasons it will be simply perfect for them - even if the little person turns out to be a girl. And let's not gender stereotype anyway, eh?

The cherry on top, I've already ordered it at fabricworm because they had a 10% sale on children's fabric as well as a $5 off orders of $50 coupon code which is still valid until Friday, July 5 ("oohlala"). Who can resist a good deal on fabric? They have other promotions going, too, because of their four year anniversary. So if there's something you've been saving up for, you should probably have a look.

So, as you see future sewing plans were made this weekend but as we went away to my hometown to celebrate my parents' birthdays I had no sewing time on the machine. Before we left, however, I cut tons of minuscule squares, 400 to be exact, for my sister's Kirby-themed birthday present. Here they are safely put in a plastic bag. 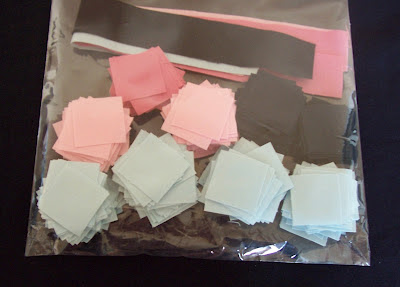 And this is what I used to pass the time on the train. Some EPP with parallelograms. 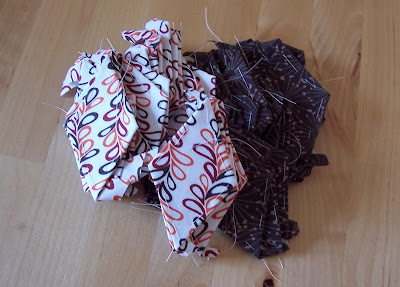 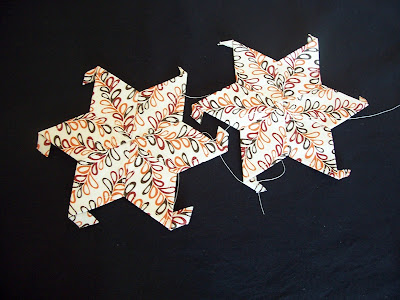 Yesterday, for once, I managed to squeeze sewing time out of a weekday and spent it on my Polaroid blocks. You might recall that I was stuck whether to frame them with red or black. Kristy observed that one each would cover all my bases and she was right. I did, however, take that one step further as you can see below. I also took the lead from kind comments by Tartankiwi and Fiona and decided to use a dark grey instead of black, though I settled on pepper rather than charcoal. Thank you, girls! 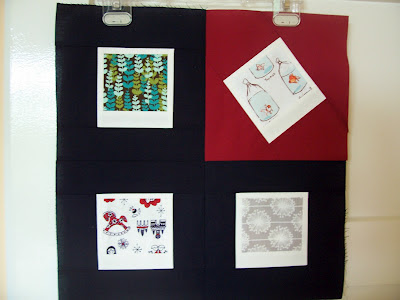 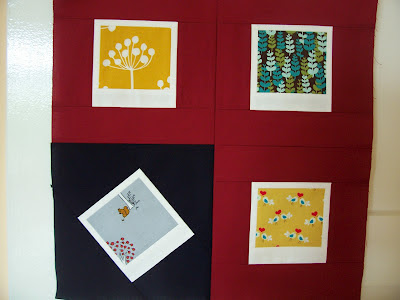 I've already prepped the back parts but still need to quilt the tops as I've run out off batting...gah.. Anyway, now what to make with the leftover blocks? I think a tote is being called for!

But now, without further ado, my updated (and growing) stats.

Stats for the Week

I'll be linking up with Freshly Pieced's W.i.P. Wednesday.