Finally! I've finally finished the blue and grey zig zag for my sister. Never mind that it had a November 2013 birthday deadline, I'm just glad that it's done after nearly 11 months and ready for the approaching autumn weather. Knitting began in October 2013 once I had quickly made up my own version in a thicker yarn to gain confidence in the pattern. Alas, the fingering weight yarn which the pattern called for drove me insane. Progress could hardly be seen even after sessions of several hours which was demotivating. Transitioning into work life and new responsibilities also took it's toll. I'm not a summer knitter and with gran's death and the pregnancy - I ended up not touching this WIP for at least six months if not eight, best not think about it, although it was only a few repeats from a finish. 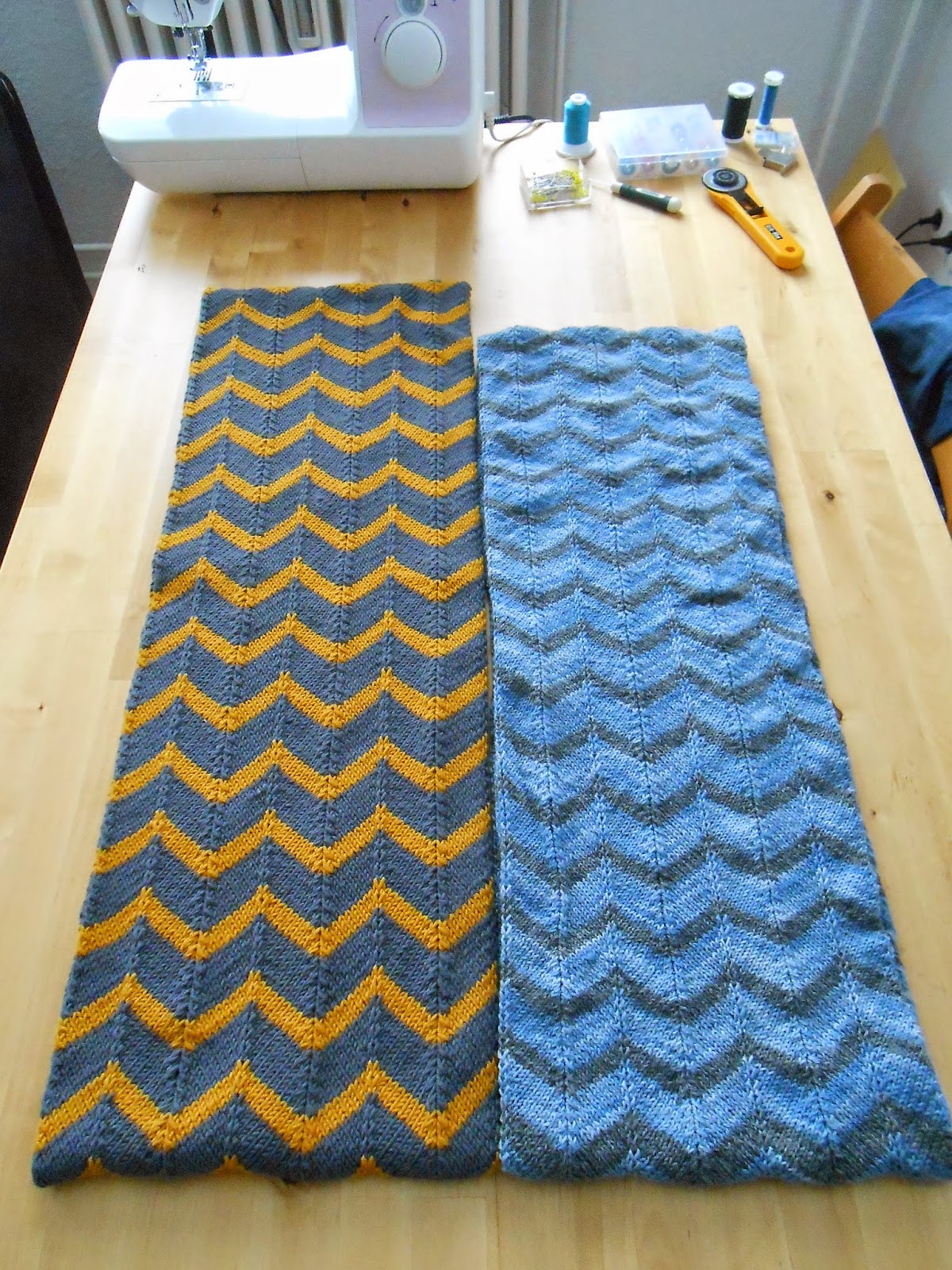 Anyway, it's done! My own version was a bit longer than necessary so I'd decided to make the one for my sister shorter. This is how the loops compare in size. 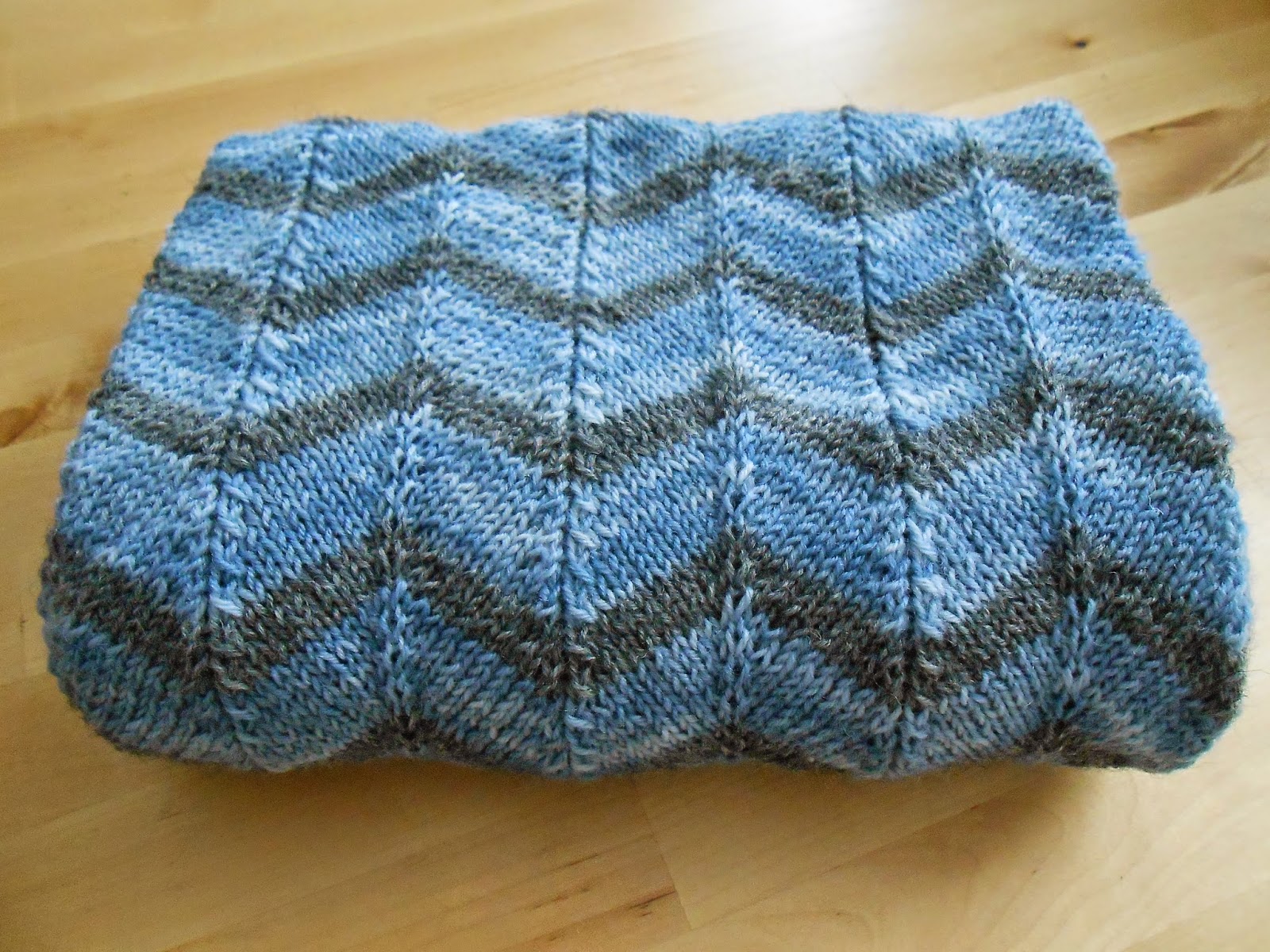 And another close-up. It's a beautiful pattern, easy to memorise and easily manipulated for wonderful colour effects but if I make another one it'll definitely be in DK weight or thicker. Now, cue the celebration that I'm freed up for other guilt-free knitting projects as well as my quilting.