Here's a little something I already made two weeks ago for my future sil. (Speaking of her, I've finally placed an order on solids for those Polaroid blocks.) She's rather talented with the lens and wanted something to get children to focus during a shooting. She showed me a picture of a scrunchie turned into an Elmo look-a-like and I promised to whip up something similar. As there was no scrunchie to be found I made my own. I never thought I'd make a scrunchie. Or use math on making a scrunchie - circle circumference anyone? Can't wait to hear reports on this "lens animal" in action. 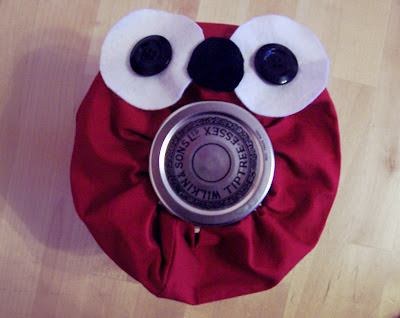 Do you remember the squares I cut to try out quarter square triangles? I made them give and take two weeks ago. They require much more accuracy than HSTs. Who knew? *cough* Well, I had to unpick and resew three before cutting them apart because their points were off just a little too much for my liking. Afterwards I put them away for a bit, waiting for inspiration to strike me, which must sound familiar to you by now. Do I ever make something knowing what it'll become straight away, you ask? As a matter of fact, I do and one day I might prove it to you. For the moment we'll have to make do with my procrastinating streak.

Anyhow, some of my QSTs have been turned into tiny pincushions. I turned the triangles by 90 degrees on the backside. The one featuring the brown button was my first and I thought only, but then my sister came along and tried to talk me into giving it to her because she thinks it's darn cute. I was reluctant - she already pilfered some needles and thread on that visit - but gave in in so far as I told her I'd make her her own. Lacking another brown button I decided to use a covered button. I like the look a lot but wish I'd opted for the brown fabric as somehow the brown button seems to pull everything together a smidgen better. Spilt milk, though. It looks lovely and my sister will be happy. 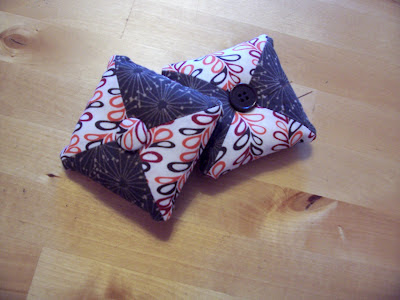 My pillows will have to wait another week or so before they'll be completed, I'm way too pressed for time at the moment. I think, however, that I've decided to go with my idea of quilting triangles in the darker triangles. Boy, it's all about triangles these days, isn't it?

No, not quite! Hexies are the vogue, too. Originally looking for something else, her Hexie Caddy Tutorial, I saw something incredibly enticing on Penny's Hands on Friday. 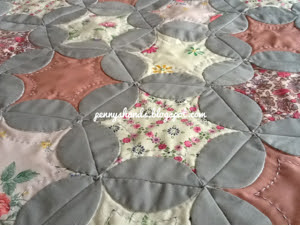 Moe Moe's Stars - hexies with a star-like opening. Instant love. Instant yearning. Instant flashes of what I could do with such an awesome block. Penny's tutorial is highly recommendable and I urge you to have a look. I will certainly use it once I make a light cuddly blanket using this adorable block because that's what I totally plan on doing. Penny's use of three layers of fabric make it a great quilt as your go project because each unit is self-contained without open seams. It's a hand sewing project on top of all that cuteness! Love.

Despite being head over heels I wanted to try this block first, however, and that with as little waste of fabric as possible. Therefore I opted to treat it like a piece of applique, meaning I skipped the backing fabric. I also didn't sew the flower shape by hand (and to be honest probably never will) as I had only 10 minutes to spare, but I will sew down the petals by hand later.

I think the photos will serve as a quick run down on what I did, but you should really have a look at Penny's site to make sure you know how she makes the self-contained units. 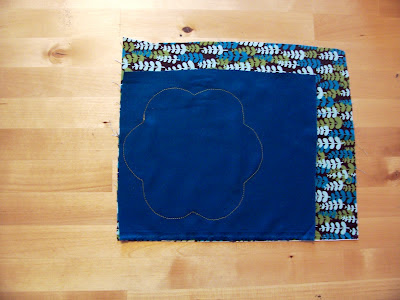 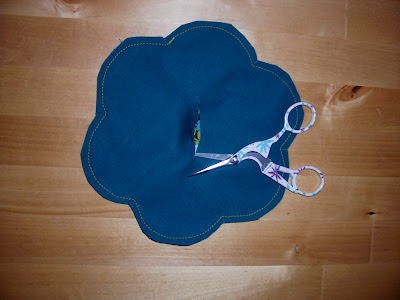 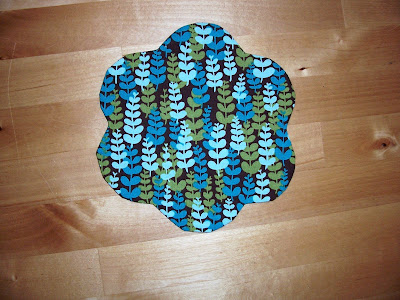 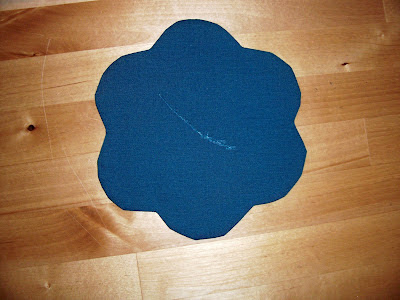 Pinned down, ready to be sewn by hand. 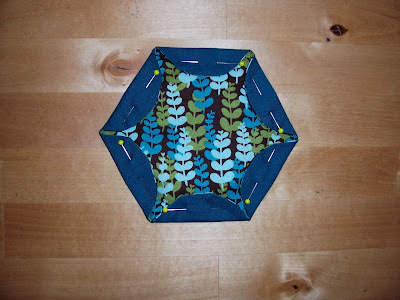 I finished the block later at night whilst the fiancé watched the rest of the game and photographed it this morning which has more light than yesterday's rainy afternoon. 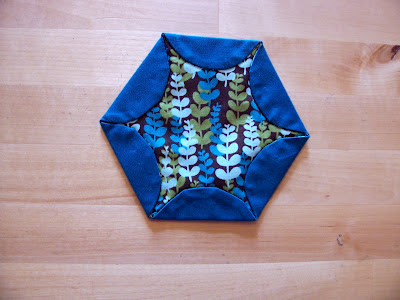 Love love love it. Wouldn't this look fab with Liberty prints? I'm already so excited about this! Can you tell? Thanks to Penny for letting me re-post her picture.

Whoa, epically long post. Hope you didn't mind reading through all that. Hoping your weekend contained less rain and more sewing than mine, too.